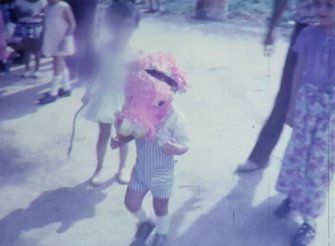 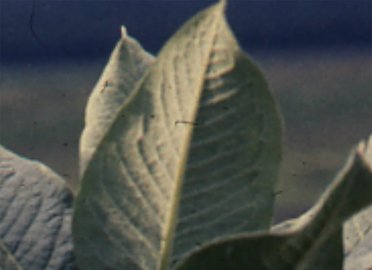 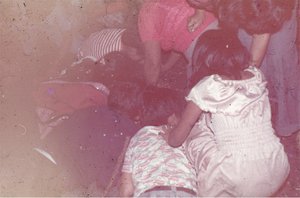 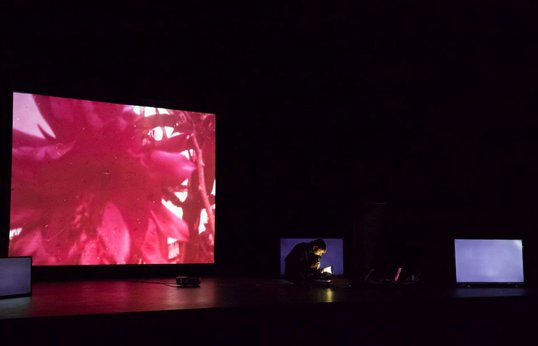 “Norwegian sound artist Jenny Berger Myhre unveiled a dreamy collaboration with Mexican filmmaker Manuela De Laborde that was developed and premiered last year in Mexico City. Notas y notas y notas… offered an installation/performance that collaged field recordings (sounds of a picnic, distorted music booming from storefronts, conversation), disembodied beats, and homemade-sounding electronics that reminded me of some of the best work by L.A.’s Lucky Dragons, while images of Mexico City and geometric abstractions were set amid lights flickering in the din of spinning fans. It was as if Myhre shared her sense of wonder, guided knowledgeably by her collaborator, through a new land, with a group of strangers. The work felt like a dream diary, albeit one masterfully paced and meticulously edited."

Amanda Cook for I Care If You Listen says:

"Myhre is a captivating artist with a genuine honesty and transparency to her work—zero pretense, just a humanistic approach to sharing experiences with others. Field recordings of children telling ghost stories, flashes of old family videos, ambient sounds of a marketplace, and live readings created a tender and compelling portrait that brought the first evening [of Borealis] to a close."

In their first collaboration, Manuela de Laborde and Jenny Berger Myhre spent two weeks together in Mexico City, trying to discover the city in the present through the past - creating a psychological map through a game of uncompromised association. As an approach to do this, they started by looking for sound and images left behind at the city's flea markets: slides, tapes, film, objects. These found objects lead the 'treasure' hunt where they revisited places, went after the 'same' sounds and objects as in the slides and tapes; a 'failed' task that highlighted the difference between what is looked for and what is found, and what emerges in between.

The cinematic backbone of the project responds to the specific genre of ghost stories, perhaps encouraged by Mexico's comprehensive and encouraging approach to the afterlife. In form, the thought of ghosts provided the mental construct of a void, the ghost being what is not there, surrounded by presence - it is at two places at once. The ghost is a wish to connect to something bigger than oneself, and thus it reflects the one seeking it. And the ghost story is inherently chilling, curious, addictive, inexplicable. Our registering both revealed the face subject, as well as, clothed it with the imagination of it as something other.

At the end of the two weeks, an expanded cinema presentation took place as part of El Nicho Experimental Music Festival in Casa Del Lago, CDMX. The work was further developed into a site-specific performance for Borealis at Visningsrommet; again, using objects, stills, film, tape and field recordings in an attempt to manifest our own ghost of Mexico City. 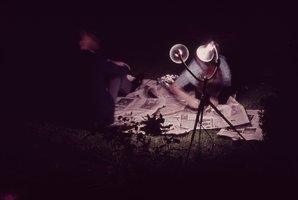 Photos by Thor Brødreskift for Borealis 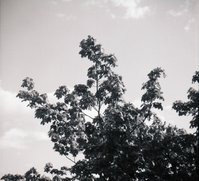